The English department from DU have made an open call for a protest to students, teachers, alumni and progressive forces to gather in the campus from a protest in support of Babu
01:03 PM Sep 11, 2019 | Johanna Deeksha 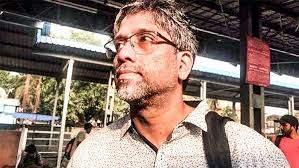 Ever since the raid at Delhi University professor Hany Babu's house, there has been an outpouring of support from the academic and activist circles. Various student groups have also issued statements condemning the raid and rendering full support to the teacher. The students from his own department have also come out in support.

The English department from DU has made an open call for a protest to students, teachers, alumni and progressive forces to gather in the campus from a protest in support of Babu. The protest will take place at the Arts faculty in the North campus at 2 pm today. The Ambedkar Students Association, University of Hyderabad is also holding a protest at the historic Velivada at 6 pm today, "Prof. Hany Babu was instrumental in the implementation of reservation policy in Delhi University and had assertively engaged in the protests against 13 point roster system which was aimed at excluding SC/ST/OBCs from recruitment in higher educational institutions. This is a clear Brahmanical agenda to criminalize the larger Ambedkarite movement," the students said in their post.

The Birsa Ambedkar Phule Students' Association, JNU will hold a protest at 6 pm at the Sabarmati Dhaba on campus too. The protest will also be to condemn the harassment of the election committee due to intervention of the Grievance Redressal Committee in the JNUSU elections. 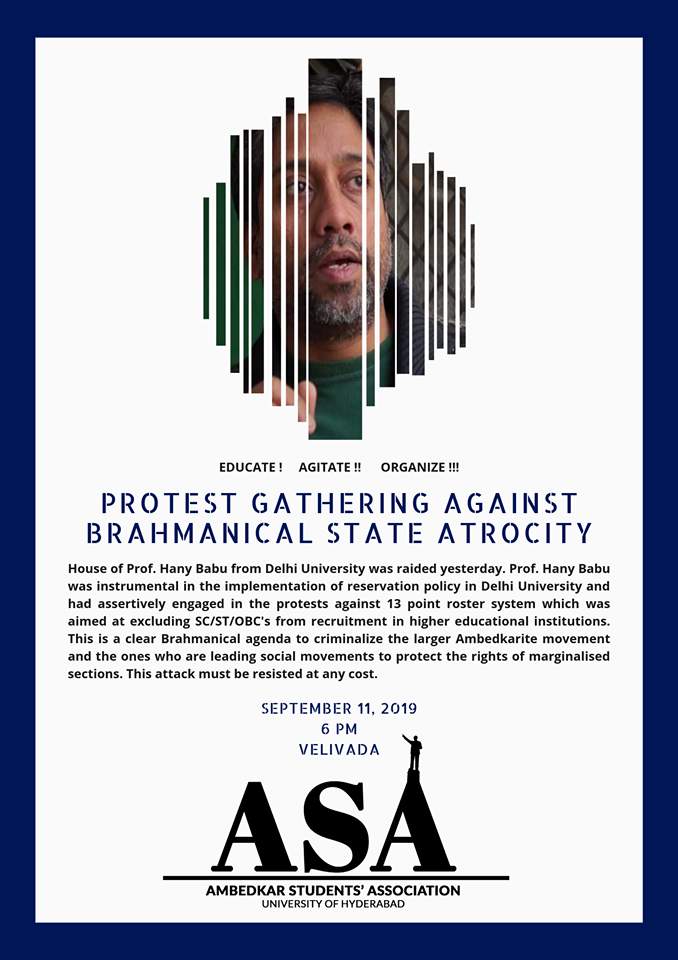 Over 400 students (and growing) have also signed a statement in solidarity with the professor. The statement is aptly titled — Professor, He is Our Professor. "While we feel that the law must take its own course, we also make it clear that these surprise searches without warrants are illegal and amount to extreme harassment. It is incumbent upon legal institutions to oppose such arbitrary raids and prevent/oppose the misuse of inherently dangerous laws such as the UAPA," the students wrote.

Speaking about the professor's contribution to the fight for language equality, the students said it was shocked to see that the Indian state would harass such an individual. "Teaching in an English department, Hany Babu also understood the immense power the English language carried with itself, and helped many of us understand the inevitable exclusions the English language makes possible. Hany Babu’s demand for language equality is allied to his demand for breaking caste exclusions in how knowledge is organised," the solidarity statement said. The students also throw light on the fact that the professor was part of the Alliance for Social Justice that works to eradicate caste discrimination on campus.

"If any student, or a teacher for that matter, faced any form of discrimination, they knew that Hany Babu’s door was always open for them. As students, we do not merely learn from him as a teacher but are also inspired by his political work," his students said. They go on to share a piece from an essay by Soumyabrata Choudhury on 'Who is a professor?' and use a few lines to address their own professor thus — "It is only imperative now that we, Hany Babu’s students, “greet him in admiration, gratitude, and camaraderie” and proudly proclaim to the world, “Professor, he is our Professor!”

These students from Hyderabad may have cracked the code to healthy ice cream. Seriously!