Meet 22-year-old Prathap from Mandya, who has built over 600 drones, and is known as the Drone Scientist

We talk to Prathap NM from Mandya, popularly known as the Drone Scientist of India. He talks about his journey so far and the instances when his drones helped people in dire need
07:01 AM Dec 28, 2019 | Rashmi Patil

Recently, when floods ravaged major parts of North Karnataka and people were stranded in different places, Prathap NM used the drone he made to provide food and relief materials to several affected areas. From Hipparagi Barrage to Janwada, a nearby village — he used his drone to help many. Thousands of people gathered to watch if this drone could really reach the right place. And when it did, both police personnel and the public cheered loudly for the 22-year-old. Originally from the Mandya district, Prathap is a BSc graduate from JSS College of Arts, Science and Commerce in Mysuru.

He is popularly known as the Drone Scientist or the Youngest Scientist in India. A fitting name, we think, considering he thought about building drones when he was just 14 years old. When he was 16, he already had a drone in his hand ready to fly. "Have you seen an eagle, whose eyes are sharp and flight precise? It was this bird that inspired me to build a drone. The late Dr APJ Abdul Kalam also served as an inspiration as he achieved a lot in his lifetime. The first drone that I built was a basic one which could simply fly and capture some images. As I learnt more about technology and how drones can be helpful, I built bigger drones. To date, I have built around 600 drones," he says.

In 2017, Prathap was recognised on several national as well as international platforms for his work. “I exhibited one of my drones at Skills India and won second place. I exhibited a self-made project called Drones in Cryptography. The Germans used cryptography to send coded messages about bombings, especially during the time of Adolf Hitler, the dictator. Usually, radar signals can trace drones, but if you send messages or signals through cryptography, you can neither detect them nor decode the encrypted message," he explains. This young scientist has been invited to over 87 countries to showcase the different drones he has built.

When we ask him about the funding required to fuel his passion, he says, "I use very little money and a lot of e-waste to make my drones. Whenever I win competitions, I am awarded money which I save for the future. And as far as e-waste goes, a lot of it is generated and I get it from electrical shops in Mysuru, Visakhapatnam, Mumbai and a few other cities. For example, if there is a mixer-grinder that is defunct, I can remove the motor and use it in my drone. Similarly, I make use of chips and resistors from broken televisions to build my drones. It doesn't matter what the prototype looks like. Proving the technical points of the drone is all that matters." Prathap has won young scientist awards from Japan and France and gold medals for his research on drones from Germany and the USA. among others. But he had to face several challenges before he could earn these recognitions. Being the son of a farmer, Prathap comes from a poor family and could hardly afford to buy good clothes for himself. "When I travelled to France for the first time, people were shocked and judged me for travelling in business class. However, this did not matter to me. One of the companies in France offered me an opportunity to work on their research project. I earned some money there and contributed to the improvement of my family's financial condition. Currently, the drones I am building now are funded by the money that I earned in France," he says happily.

Eagle 2.8, the saviour
Prathap feels happy that his creation saved the life of a little girl in Africa. Narrating the series of events, he says, "Africa is home to many indigenous people and species. There is a dangerously poisonous snake called the black mamba in this country. In one year, around 22,000 people in a particular tribal area had died due to this snake’s bite. When I was in Sudan for a research project, an eight-year-old girl was bitten by this snake and needed urgent medical assistance. Usually, a person can survive for only 15 minutes after being bitten by this snake. I used a drone to send the antivenom to the place where she was, a place so remote that you won’t even be able to find its location on Google Maps. The place was 10 hours by road from where I was, so I used my Eagle 2.8 drone, which can cover 280 km per hour. The antivenom was delivered within eight and a half minutes. It was a very challenging task for me. Later, the child and her mother came all the way to Sudan to meet me and thanked me for saving her life. I was very happy that I could help." 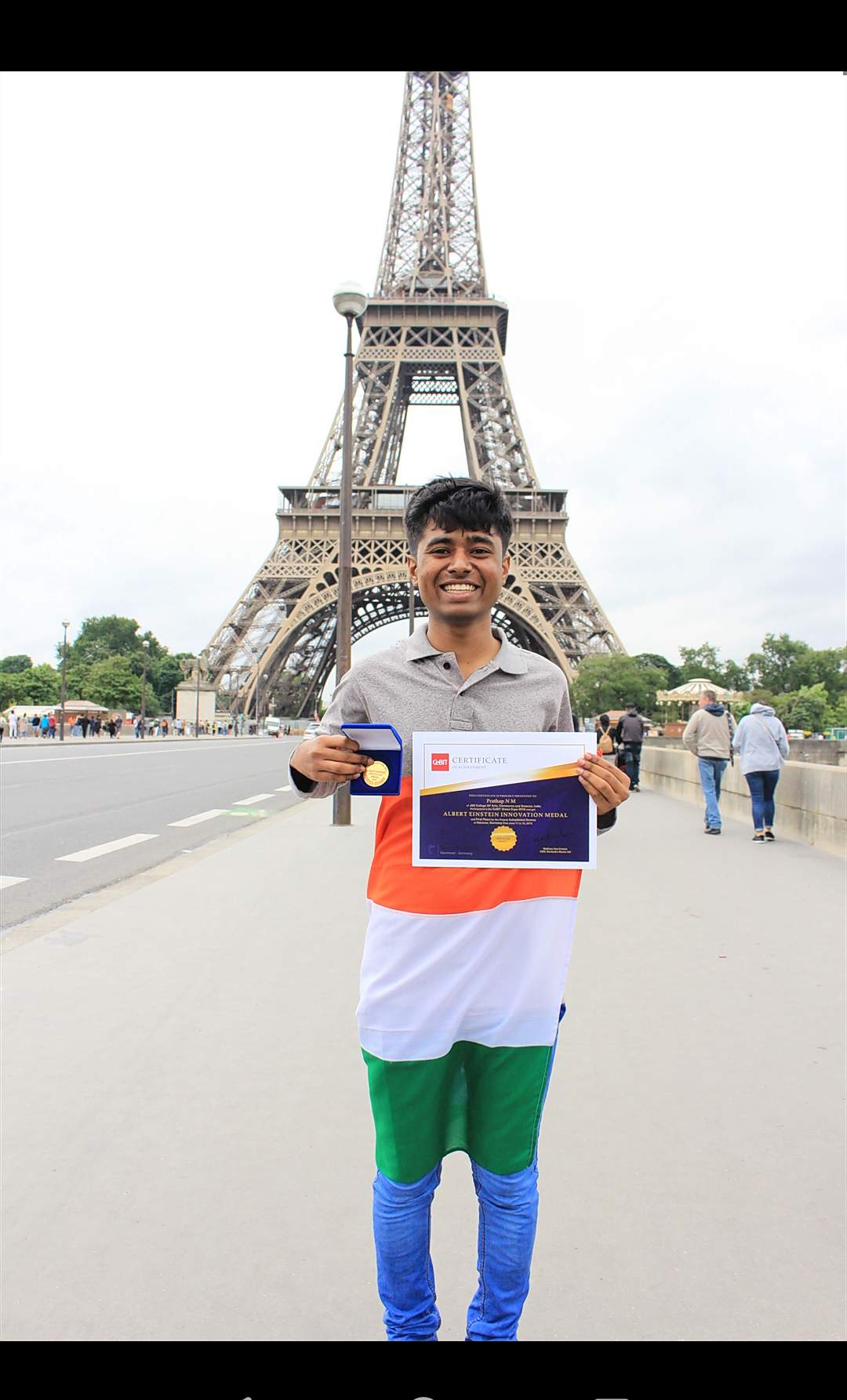 Prathap has also delivered a few lectures at IIT Bombay and IISc on how drones can be used in time-sensitive situations like transferring of organs during organ donation, blood transfer and other such purposes. Prathap says, "When my lecture was held in these institutes for the first time, only three or four people attended. But these few people told the others about me and my talks, so when the lectures were organised again, the hall was jam-packed." Currently, Prathap is working to establish his own start-up that can involve youngsters to build drones or any other devices. According to him, there are several people out there who have the talent, but don't have the degree. "I will employ such talents and bring out many innovative devices that can help the nation during disasters and wars and in the fields of defence, aviation and beyond. The aim is very simple, it is to use technology in the interest of our nation."

More in People :
The Spasht: This band from Chennai is shaking it up with Carnatic Acapella
How Parikrama's Sonam Sherpa inspired a generation of Indian rock guitarists
Valentine's Day: Why this gay Afghan author's love story is the dash of romance you need
This Divyang man from Jharkhand chose education to fight all odds. Here's how he is inspiring others
No entrepreneur will succeed without financial smarts: ACCA's Helen Brand
With climate changes issues, sustainable development is the need of the hour: Kaushik Raju
Trending Articles ➔
The Board Exam wrap: What's allowed and what's not in the exam halls
Corrected answer sheets of Karnataka PU toppers last year uploaded online. Access it here
Who is IAS officer Sasikanth Senthil who resigned from his 'unethical' job?
The rescuer of animals: How Zabi Khan is building a sanctuary for injured animals in Hyderabad
Kerala 'Sahitham' programme to help students harmonise social, emotional skills along with academics

Fancy flying drones without burning a hole in your pocket? Check out this cool workshop in Kovai

Want to show off your drone making skills? Mathworks is the place for you

This Drawing Teacher from Mandya just painted some 'killer' art on PUBG. Check it out!