R Abishek Kalainjan is a digital artist who summaries the important scenes in a movie through a single isometric frame
08:23 PM Nov 25, 2019 | Sruthi Venugopal 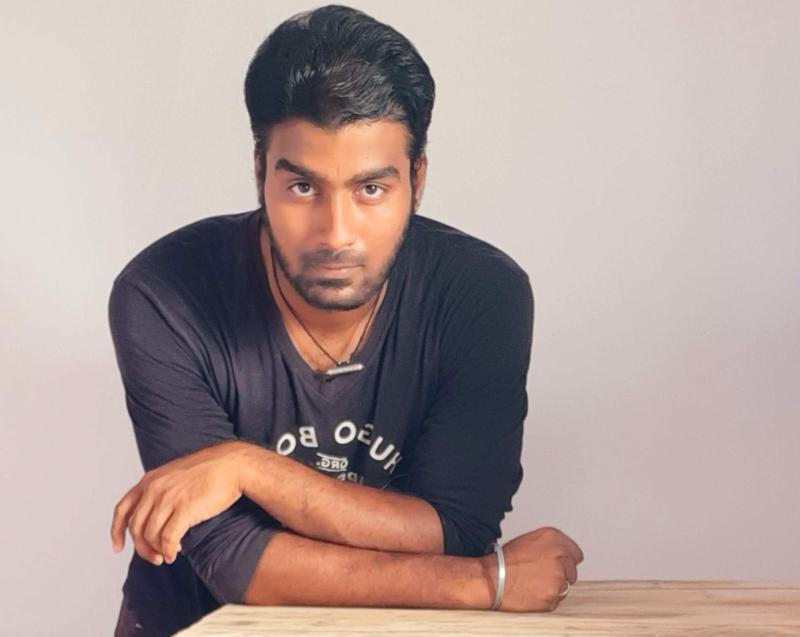 As a kid, R Abishek Kalainjan collected comic snippets from every newspaper. He assembled them and looked at them in absolute wonder, he wanted to one day be able to create one too. Two decades later, approximately 19k Instagrammers have become fans of his isometric digital art. The little boy made his dream come true.

Simply put, isometric art is a pictorial representation of an object in three-dimension. This helps you understand the background, the lighting and even the patterns on the clothes worn by a character during that particular scene, explains the young artist. An illustration based on the movie Pariyerum Perumal (Pic: R Abishek Kalainjan)

So, how did he get into such a technical side of art and how did he manage to stick on to his dream for so long?

"I have always been a gamer. I loved the presentation used in Clash of Clans and through continuous research, I came to know that they were isometric frames. This inspired me and I started making isometric art of movies compiling together its important scenes using my iPad," says Abishek, who works as an animation artist in Animaker Inc. To bring out his perspective of the movie through digital art, he shares that he draws them on paper first, uses it as a reference and later develops them frame by frame using his iPad. Nearly 12 layers are used to make a representation of a movie. "I started with the movie KGF. But people started recognising my art after I posted one on the film Super Deluxe," explains the 26-year-old.

Being a BCom graduate, he saved every little penny to achieve his dream of creating digital art. But how? "I attended a summer course on animation techniques. Since I was using an assembled PC, I could not get the necessary software updates. Hence I wanted to buy a portable, advanced system. That's when I came to know that Apple was to launch the 6th generation iPad. I waited for two years by saving money consistently and finally bought it," said Abishek, whose pride was almost evident in his voice.

Adding some spice to his weekend passion, he informs that he is ready to do some 'reverse engineering'. What's that? He is about to design a graphic novel by researching on characters in movies! "There are several supporting actors who have created an impact on the viewers in many movies. I am researching such characters and I am about to make comics on those specific characters. So that's my next goal," he signs off.

More in People :
The Spasht: This band from Chennai is shaking it up with Carnatic Acapella
How Parikrama's Sonam Sherpa inspired a generation of Indian rock guitarists
Valentine's Day: Why this gay Afghan author's love story is the dash of romance you need
This Divyang man from Jharkhand chose education to fight all odds. Here's how he is inspiring others
No entrepreneur will succeed without financial smarts: ACCA's Helen Brand
With climate changes issues, sustainable development is the need of the hour: Kaushik Raju
Trending Articles ➔
The Board Exam wrap: What's allowed and what's not in the exam halls
Corrected answer sheets of Karnataka PU toppers last year uploaded online. Access it here
Who is IAS officer Sasikanth Senthil who resigned from his 'unethical' job?
The rescuer of animals: How Zabi Khan is building a sanctuary for injured animals in Hyderabad
Kerala 'Sahitham' programme to help students harmonise social, emotional skills along with academics

The Spasht: This band from Chennai is shaking it up with Carnatic Acapella

Puzzle your way through stress: This Chennai start-up is changing the way grown-ups spend their free time